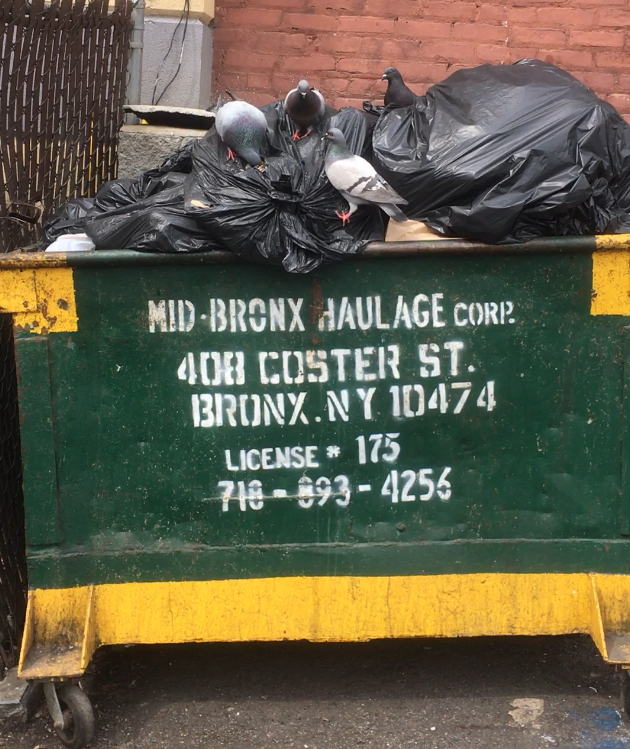 If you spend a lot of time in cities you’re probably used to seeing animals feeding on garbage. From city-dwellers who intentionally place stale bread crumbs outside for birds to the pesky raccoons that seem to be able to get into every type of garbage can, there is no doubt that urban animals take advantage of anthropogenic food waste.

Since 1974 the United States per capita food waste has increased by approximately 54%. Additionally, a Pew Research summary showed that Americans are eating considerably more cooking oils and corn sweeteners than they did in 1970. And a survey of Americans in 2001 showed an 135% increase in sweetened beverage consumption. This change in the American diet, undoubtedly leads to changes in the types of food waste available for urban animals.

Which begs the question, if animals are feeding on anthropogenic food are they succumbing to the same health problems that plague humans? Or have they already evolved mechanisms to take advantage of this new diet?

A recently published study by Schulte-Hostedde et al. (2018) showed that increased access to anthropogenic food waste lead to heavier raccoons. These heavier raccoons also had increased  glycated serum protein, which is a marker of elevated blood glucose. And multiple studies have shown that urban animals have evolved differences in genes controlling metabolism — from white footed mice to house sparrows.

As studies like these become more popular, we’ll be able to better understand how anthropogenic food waste shapes the evolution of urban organisms.

What we’ve been blogging about